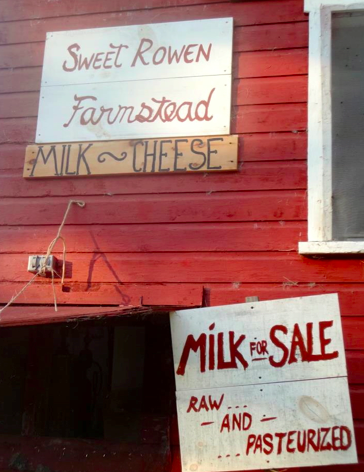 Sweet Rowen Farmstead in West Glover is a family-operated, grass-based micro-dairy that produces milk and cheese. A $15,000 Working Lands grant proved invaluable  to their business, enabling them to purchase a 250 gallon vat pasturizer.  This investment increased their production of small-batch, whole cows' milk products and increased profit margins.  As a result, Sweet Rowen has hired a milk plant manager, and has increased their production by 145%.  In addition, the farm is now able to share their state-inspected milk processing facility with other area farmers and producers.  Last year, Sweet Rowen Farm achieved the top milk quality award, a very high honor, at the Agri-Mark Dairy Cooperative meeting in December 2014.